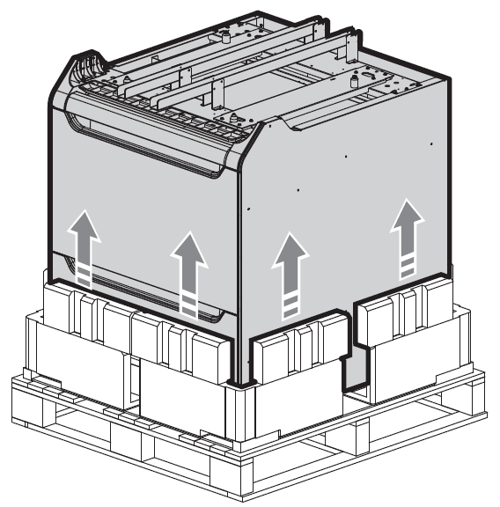 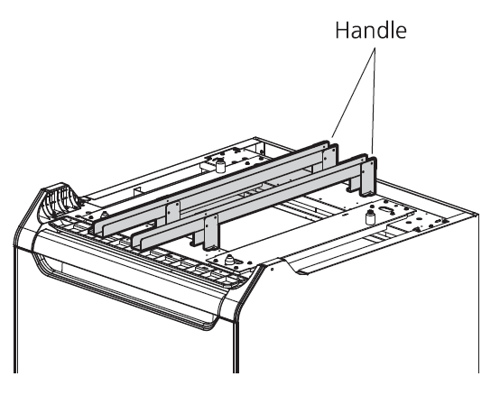 2. After loosening the two screws as shown below, separate the two handles from machine in the direction of the arrow.

3. Referring to the image after installation in the figure below, insert the handle into the machine in the direction of the arrow, and then fasten the loosened two screws in previous page and the included within this unpacking procedure two screws to the marked positions. 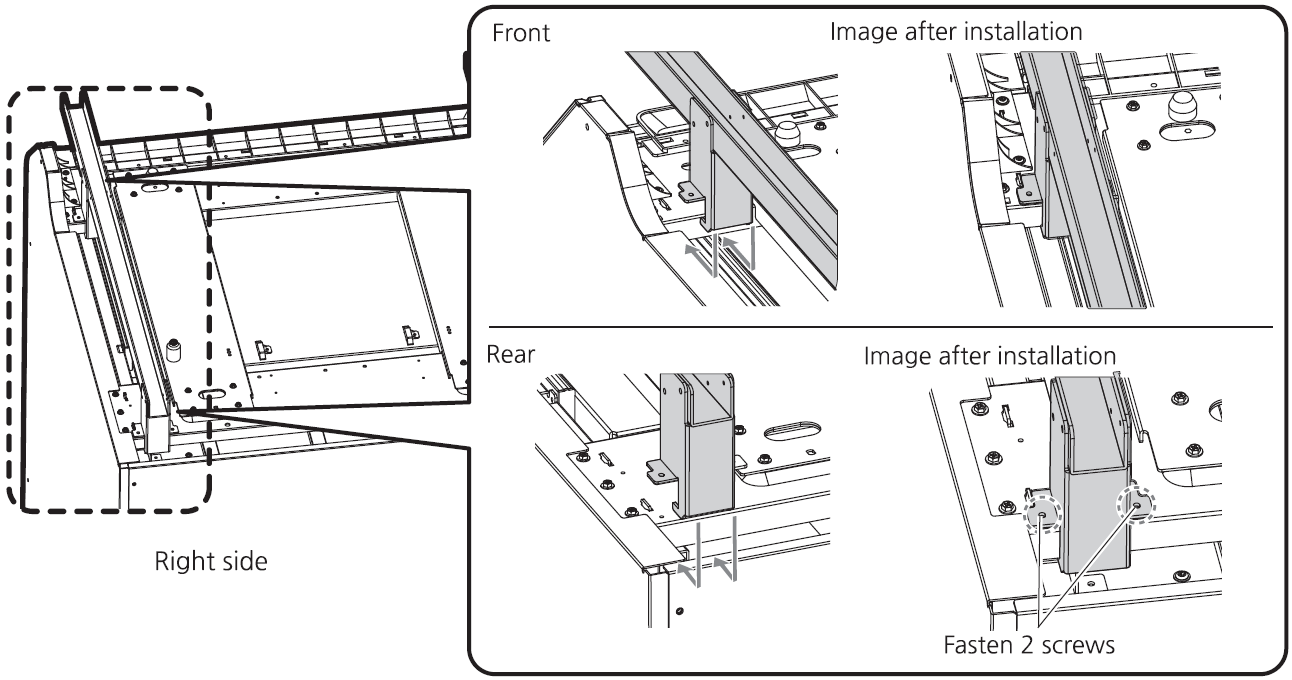 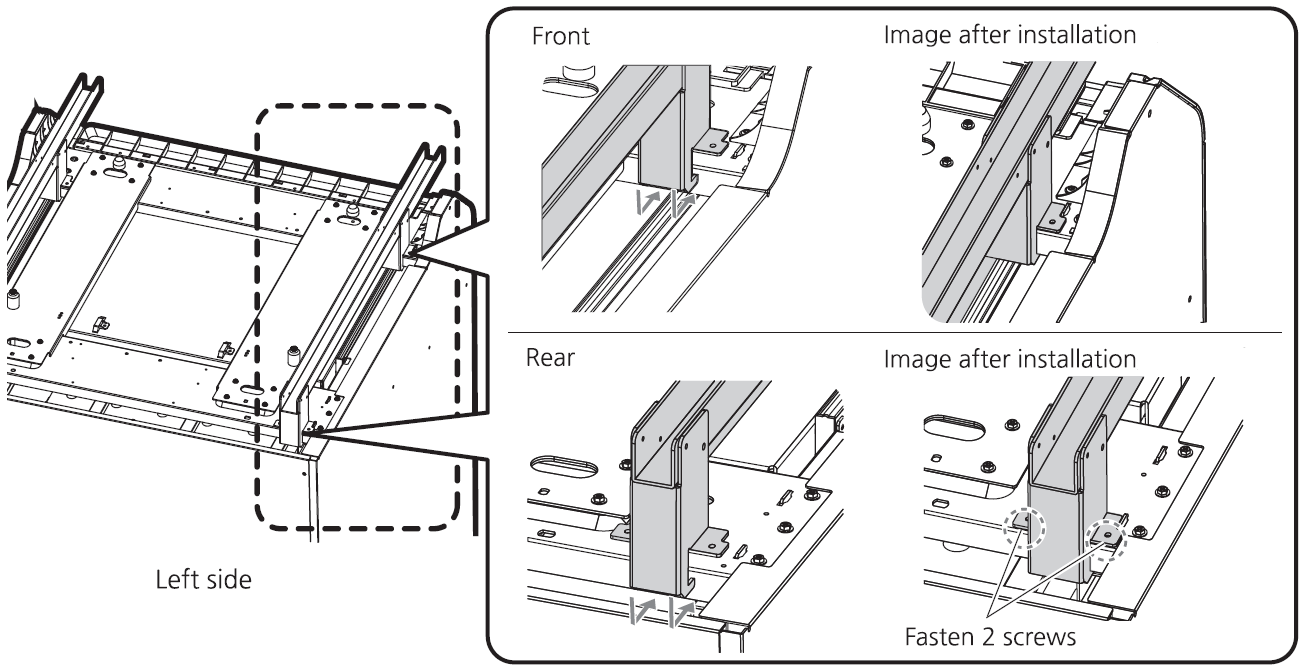 4. After installing the two handles, put your hands under the handle in the position of the arrows as shown in the figure below. Lift the machine and put down from the cushioning packing material and pallet. 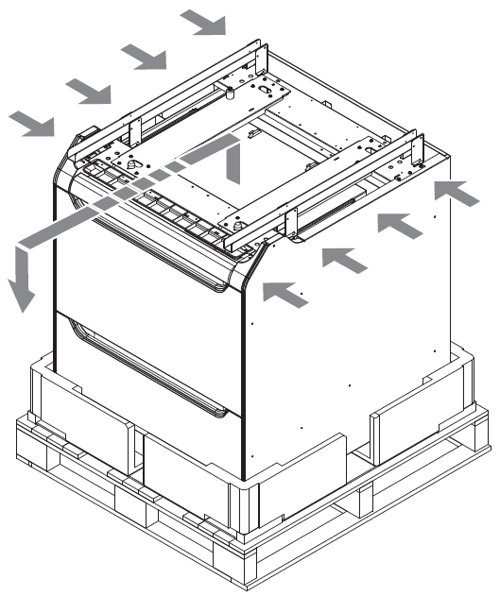 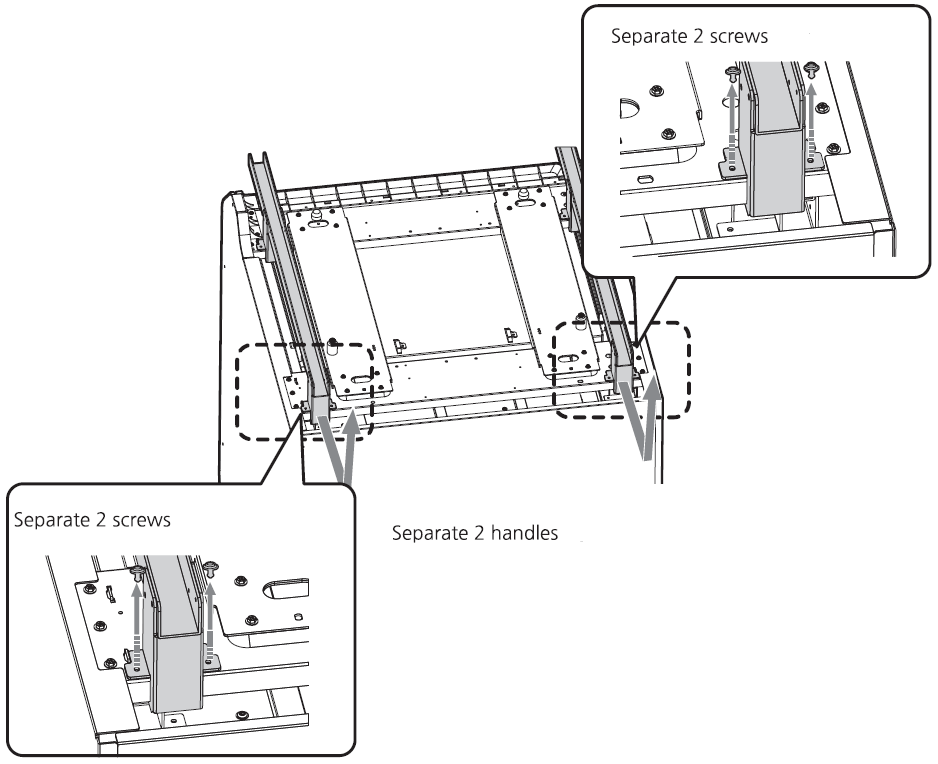